Rumors of a new “Bullitt” movie in the works are picking up steam with a report claiming Bradley Cooper has been picked for the titular role of Frank Bullitt.

Citing anonymous sources, Deadline reported last week that Cooper has signed a deal to play the role made famous by Steve McQueen in the original 1968 movie. Cooper was picked by Steven Spielberg, mooted as the movie’s producer.

Cooper is famous for the “Hangover” series of comedies, as well as 2018’s “A Star Is Born,” a movie that he produced, wrote, directed, and also starred in alongside Lady Gaga. He will reportedly also serve as a producer of the new “Bullitt” movie. Deadline said Cooper and Spielberg talked about the project for years. 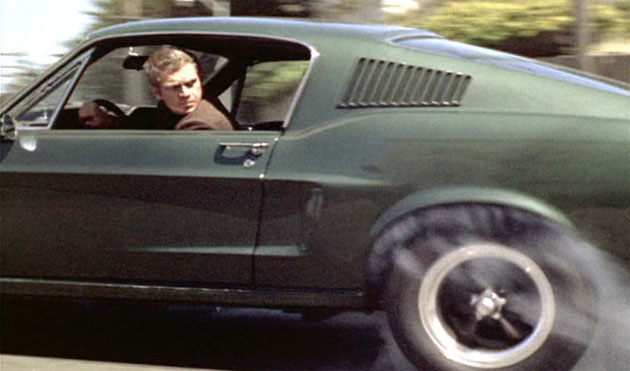 Scene from “Bullitt” with Steve McQueen in a Ford Mustang GT

The movie isn’t expected to be a remake but a new story based on the character of Frank Bullitt, a tough San Francisco cop who in the original chased a mob kingpin that killed a key witness. Josh Singer, who previously worked with Spielberg on 2017’s “The Post,” was previously reported to be penning the script.

There’s no word on whether the movie will have a new dramatic car chase like the original through the streets of San Francisco between a bad guy in a Dodge Charger R/T and McQueen in a Ford Mustang GT painted the now famous Highland Green. That original car was sold in 2020 for $3.4 million at auction.

Spielberg definitely knows how to film a tense chase. His first major movie, 1971’s “Duel,” was basically one giant chase, and hopefully he can recreate some of the tension of that movie for a chase in the new “Bullitt” movie.

After years being homeless, a Vermont man spent thanksgiving …

BTV Airport gears up for travel season ahead of Thanksgiving

BTV Airport gears up for travel season ahead of Thanksgiving

After years of being homeless, a Vermont man spent …