by: Joel Feder - The Car Connection

Of the dozens of vehicles I’ve tested this year, the F-150 Lightning electric pickup truck generated some of the greatest interest from both car and non-car people. The question they had was always: Should I get one?

If you’re asking, the short answer is yes.

With a TCC Rating of 8.4 out of 10, the 2022 Ford F-150 Lightning is the second highest-rated pickup truck on The Car Connection, second only to the adventure and off-road oriented 2022 Rivian R1T.

The Lightning is as familiar as an F-150 in style and features, but it has all the outlets, and it sports a massive front trunk (“frunk”). But charging experiences have been inconsistent for us, it’s not the most efficient EV, it’s not cheap, and it’s an F-150 for better and worse.

After spending a week living with the 2022 Ford F-150 Lightning, here’s where it hits and misses. 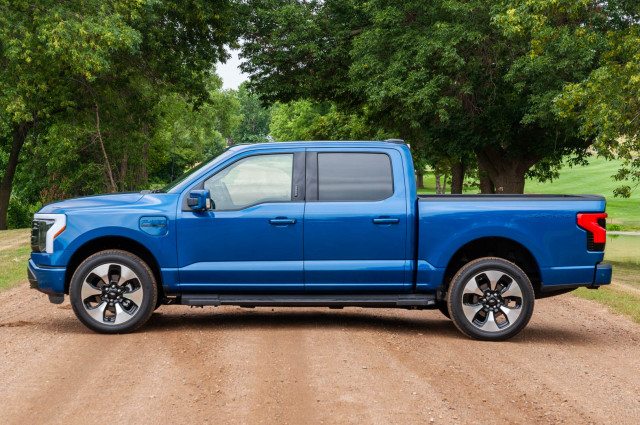 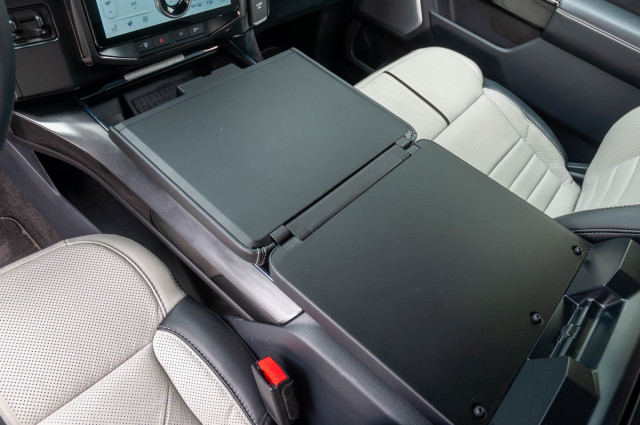 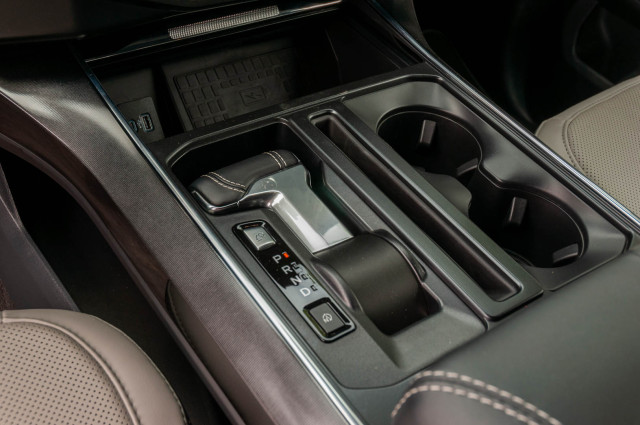 Simply put, the Lightning is an electric F-150 that America knows and loves. It looks (nearly) the same with slab sides and blunt ends. A lot of the sheet metal is actually shared between the trucks. Inside it’s just as similar. The folding shifter creates a flat work surface. In back, the tailgate has a slide-out step and C-clamp pockets. 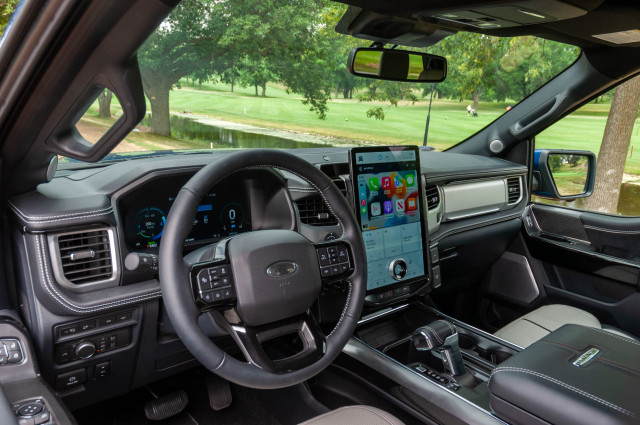 The F-150 may be the bestselling vehicle in America, but it’s not without its faults. The Ram 1500 has a nicer interior regardless of trim level or price. Beyond that, not everybody is going to want to live with an F-150. The Lightning’s classic body-on-frame construction shivers after some road impacts, even though it’s the best-driving version of the F-150. It’s also more than 12 feet long, just like a gas-powered F-150. Prepare for three-point turns and outdoor parking. It might not fit in your garage, or mine anyway. 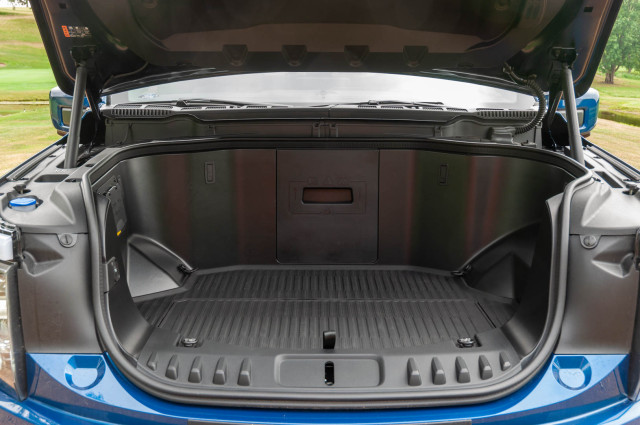 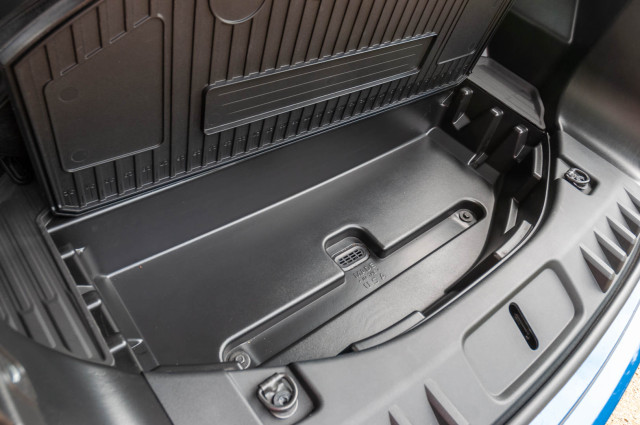 Leave it to Ford to coin the term Megafrunk. With no gas engine, the Lightning’s hood covers an excellent storage space. The enclosed, secure storage space measures 14.1 cubic feet, which Ford says is good enough to carry two sets of golf clubs and up to 400 lb. The liftover height is much lower than that of the Rivian R1T’s frunk because the F-150’s front end rises with the hood. It’s much easier to lift things in and out than in a taller, deeper truck bed. The frunk even doubles as a cooler complete with a drain plug. Tailgating will never be the same. 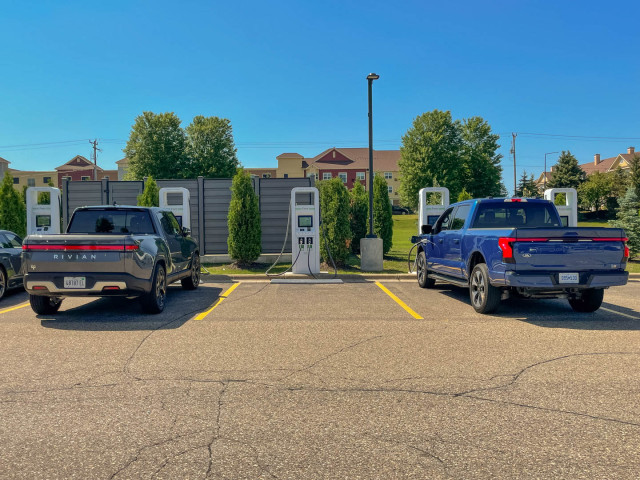 Ford said the Lightning is capable of DC fast-charging at up to 150 kw. That should charge the Lightning’s 131-kwh battery pack from 15% to 80% in 41 minutes (Ford says the smaller 98-kwh pack will take an extra three minutes). Not amazing, but not awful. Rivian and others can do better. The Lightning and Mustang Mach-E are supposed to feature a hassle-free FordPass system that enables complimentary DC fast-charging on Electrify America’s network at up to 250 kw. That system failed to work for me with the Mustang Mach-E, and it failed to work in the Lightning for Senior Editor Bengt Halvorson. I was able to get the Lightning to fast-charge once I inserted my credit card, which shouldn’t be necessary with the FordPass plug-and-charge system, but the rate of charge never exceeded 81 kw. It took an hour to go from 22% to 80% charged. Not great. A Rivian R1T parked a few stalls down from the Lightning was pulling over 200 kw. Your (charging) rate and experience may vary. 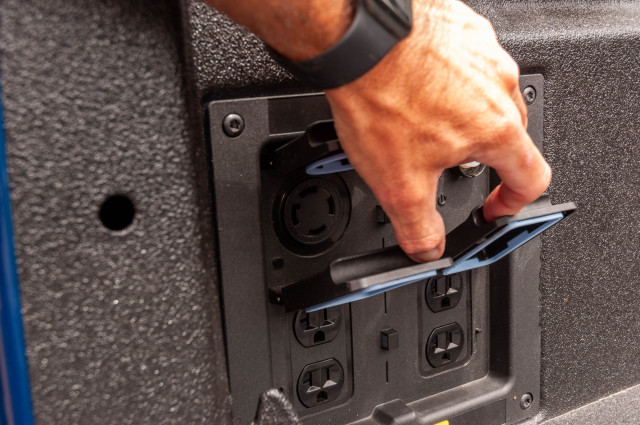 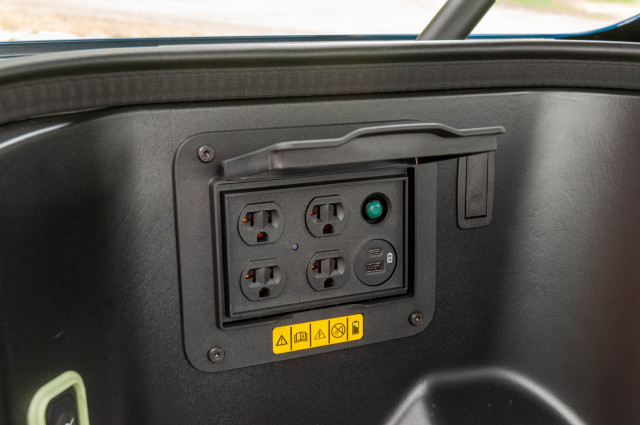 Hit: All the outlets

The Lightning isn’t just a truck. It’s a rolling generator. It can power your campsite. It can power your work site. It can recharge another electric vehicle. The truck has an onboard generator running from 2.4 kw to 9.6 kw. In the bed there’s a 240-volt outlet running off a 30-amp breaker, and four 120-volt outlets with each set of two running off dedicated 20-amp breakers. All of it is standard. Up front the frunk has four 120-volt outlets plus a USB-A port all running off a dedicated 20-amp breaker. That’s before taking into account all the standard outlets and USB ports inside the cab. Nothing in production today can compete at this level. 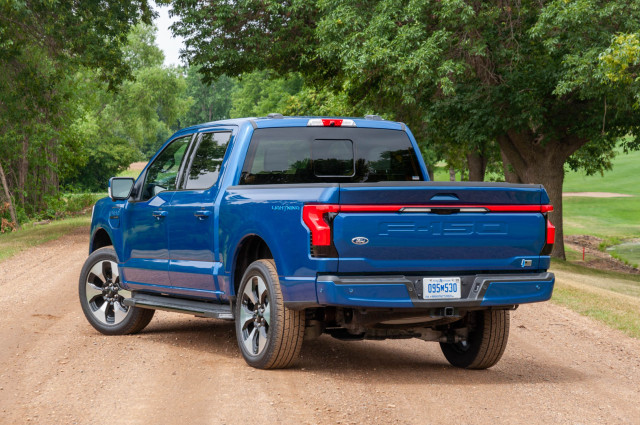 For many Hawaiians, lava flows are a time to honor, …

Cannabis retailers say they are stocked for the holidays