CHICAGO, May 10, 2022 /PRNewswire/ -- Burrell Communications Group, one of the world's leading multicultural marketing communications agencies, has announced the naming of Khari Streeter as its new chief creative officer, effective immediately. In this role, Streeter will lead the agency's dynamic, award-winning creative teams in developing the strategic, impactful work that is the agency's hallmark. 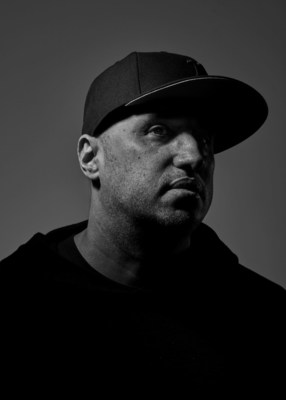 A respected leader, creative visionary, storyteller and filmmaker with three decades of experience, Streeter most recently served as executive vice president, creative director and head of Production for Hill Holiday, the respected, Boston-based marketing communications agency. While there, he effectively co-led the creative teams and headed integrated production including broadcast, digital, 360 activations and internal communications. He also oversaw and directed the business unit alignment for the agency's Bank of America/Merrill Lynch and U.S. Trust accounts.

"Khari Streeter is a driven, industry acknowledged creative storyteller with a longstanding reputation for delivering results that resonate with audiences—which is of critical importance in this age of social evolution and change," said McGhee Osse, co-CEO of Burrell. "He's an insightful, passionate person who is widely recognized for the thinking, images and inspiration that he brings to his work, and we're thrilled to welcome him to this role," states co-CEO Fay Ferguson.

"I've had a non-linear path. Throughout my career and experience in advertising, a lot of my effort has been spent trying to convince clients that they need to have diverse work, diversity in their work, diverse audiences for their work as well as to try and lead the agencies that I've been a part of to increase their diversity in-house," Streeter says. "In this time of heightened awareness and the prioritization of inclusion, the trend has seemed to be headed in the right direction, but it's still performative. With the opportunity that Burrell represents, we're starting at a point that Burrell has already created the momentum for."

Streeter has garnered a host of awards for his work across the industry, including the AAF's diversity, equity and inclusion Mosaic Award for Allyship to Advocacy, awards from Communication Arts, the Effies and the Webbies. He's a Sundance Film Festival NHK International Screenplay Award winner, and has won the Grand Jury Prize from HBO's Urban World Film Festival and other accolades for his filmmaking.

About Burrell Communications Group
Founded in 1971, Burrell Communications Group was established to forge an authentic and respectful relationship with the African American consumer. Upon founder Tom Burrell's retirement in 2004, Fay Ferguson and McGhee Osse became Co-CEOs. Under their leadership the agency has continued to thrive, creating impactful campaigns for blue-chip clients such as Toyota, Comcast/Xfinity, McDonald's, P&G, Coca-Cola and Walmart, among others. For more information, please visit www.burrell.com.