The VAIL OPERA CAMP is an all-encompassing program where the next generation of singers, directors, conductors, stage managers, and designers can go to hone their skills with guidance from faculty and guest artists working at opera houses around the world. This season, the NCC is opening enrollment to grade school and high school students across the country and is actively looking to recruit young artists interested in opera for summer 2023.

This August, all participants will convene in Vail, Colorado, to mount a fully staged opera and learn opera history, stagecraft, design, and acting. The opera camp will offer fellowships in directing/stage management and artistic conducting, building a unique opera company for youth where students ages 10-18 will be able to gain practical experience that can be powerful for their futures as they continue studies in higher education.

For more information about VAIL OPERA CAMP and to set up an audition, please visit https://nationalchildrenschorus.com/opera-camp/ or scan the QR code (https://imgur.com/a/RjFsVt8). Scholarship opportunities are available for all families who qualify. Enrollment is open through April 1, 2023.

"It is an honor to appoint GRAMMY® Award-nominee Johnathan McCullough to lead this exciting new program. He is a distinguished NCC alumnus and looks forward to rejoining the organization — this time as a Program Director," said Luke McEndarfer, Artistic Director and CEO.

The opera presented for summer 2023 will be "The Tinker of Tivoli," an original opera pastiche drawn from the works of Gioachino Rossini, including "The Barber of Seville" and "Cinderella." The storyline is adapted from the Grimm Brothers' tale "The Gallant Tailor," by Michael Jacobsen.

The performance will be presented at the AVON Performance Pavilion at the base of the Rocky Mountains on the evening of Aug. 11. The event is free and open to the general public. It will be directed by Johnathan McCullough and conducted by Maestro Allan Laiño.

"I'm very excited to step into this new role directing the opera program of the very chorus that started my love for singing. The NCC is where I was first introduced to classical music, which then led me to pursue my first role with Los Angeles Opera's Opera Camp. There, I discovered my passion for opera, which led to a professional career," said McCullough. "I'm truly thrilled to build an unparalleled resource where students can choose to train in multiple areas of operatic disciplines. I'm also honored to have Dylan F. Thomas, a brilliant director, educator and co-founder of Valley Opera & Performing Arts, on staff throughout the year, leading acting classes for our students in his new role as Opera Program Coordinator."

To access high-definition photos that are freely available for distribution across all media platforms, please refer to this link: https://imgur.com/a/d6wb6wr.

The GRAMMY® Award-winning National Children's Chorus, under the leadership of Artistic Director Luke McEndarfer and Associate Artistic Director Dr. Pamela Blackstone, has quickly become one of the world's leading children's choirs. Among the most exciting and fastest-growing music institutions for youth in the nation, the chorus provides its unparalleled training to talented singers locally and abroad, with more than 35 choirs and 1,000 students based in the chapter cities of Los Angeles, New York City, Washington, D.C., San Francisco, Austin, Dallas and Boston. Now in its second decade, the NCC's groundbreaking Season 2022/23, entitled Resounding Voices, expands on the chorus' recent success, featuring an array of special projects, demonstrating the organization's firm commitment to eclectic programming, new music, world culture and extraordinary collaborations.

GRAMMY®-nominated baritone and director Johnathan McCullough recently premiered his production of David T. Little's Soldier Songs produced by Opera Philadelphia, which was nominated for an International Opera Award and won the Artistic Creation Prize at the inaugural Opera America Awards for Digital Excellence. The film is currently streaming on the Opera Philadelphia Channel and Marquee TV. He will make his Canadian directing debut this season with the Atelier Lyrique of Opéra de Montréal in a program entitled "Emily," centered around works written by Emily Dickinson, co-created by conductor and pianist Christopher Allen.

He holds a B.M., M.M., and Artist Diploma from the Curtis Institute of Music and has been engaged as a guest speaker with institutions including Yale, Curtis, UCLA, Mannes Opera, Young Arts: The National Foundation for the Advancement of the Arts, and Pacific Opera Victoria. As a director, McCullough's work has been noted by The New York Times as "a pacesetter for cinematic opera." Visit  https://mcculloughbaritone.com/.

Dylan F. Thomas is the co-founder and Principal Stage Director of Valley Opera & Performing Arts, currently in its 17th season in Los Angeles' San Fernando Valley, where he has directed full productions of numerous operas, musicals, and concerts. Over the years, he has directed several family productions for the Pacific Symphony and Opera Pacific, where he also acted as both Resident Outreach Director and Education Stage Director, as well as Program Director for Opera Pacific's Opera Camp. Metropolitan Opera soprano Ana Maria Martinez described Dylan F. Thomas as an artist who "thinks out of the box in an intriguing and captivating way ... an inspiring director and mentor, particularly for young artists." Visit https://dylanfthomas.com/. 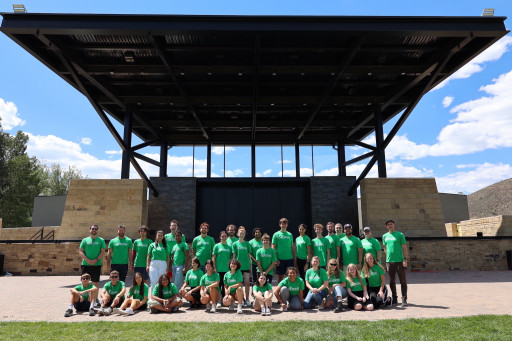 
This content was issued through the press release distribution service at Newswire.com.

For inquiries or corrections to Press Releases, please reach out to GlobeNewswire.
✕
× Close Ad